Games with cities or urban blight to look at:

Architecture and layout of cities in real life are designed to be navigable and poignant to the denizens within. Tourists, especially, utilize landmarks to get around the city and are a good measure of how well the city is laid out in that they can maneuver through the streets easily without getting lost. Having focal points and landmarks for players to remember and recognize in a game is important in keeping a fluid gameplay loop without the player having to resort to a map or mini map consistently. Game franchises such as Fallout and Watch Dogs that are based on real life counterparts have an easier time with this as the iconic areas of a city translate well in game and become points of references. In creating an original city, some basic rules that we can follow to assist navigation for players is to provide structures that stick out in the general backdrop and playable area. Examples of features and characteristics that can be utilized include unique colors, add-ons, shapes, sizes and architecture style. In regards to colors, the CNA (or former CNA) building in Chicago is a distinct Red color that allows it to be identifiable to people looking at the skyline from afar.

In regards to the grid system of cities, the 90-degree street corners allow the city to be navigable to both residents and visitors alike as it allow for easy address labeling and assignment. Furthermore, there can always be some outliers to the grid such as Lakeshore Drive in Chicago or diagonal streets that cut through other streets to allow short cuts within the city. The latter usually leads to interesting intersections such as Damen/Milwaukee in Wicker Park in Chicago. Sections such as that lead to an open space that allows players to make a choice of which avenues and areas they would like to explore. It gives a sense of freedom within a congested city space.

In regards to add-on’s, it coincides with architectural style. I refer to structures that give the building flourish such as waves on the Aqua apartment building in Chicago’s lakefront neighborhood that serve as the units’ balconies. It is an odd design choice but allows it to stick out among the city’s skyscrapers. In regards to size and shape, I refer to the buildings that stand out due to their immense size or overall unique build structure such as the Sear’s (Willis) Tower and the Space Needle in Seattle respectively. In regards to architectural style, I refer to the style of how the building is built. For example, the Water tower near the Museum of Contemporary art in Chicago sticks out as it is the last of the buildings that survived the Great Chicago Fire. The juxtaposition of the modern skyscraper and the older, pure, white stone tower make the area memorable for people to come back to and regain their bearings. 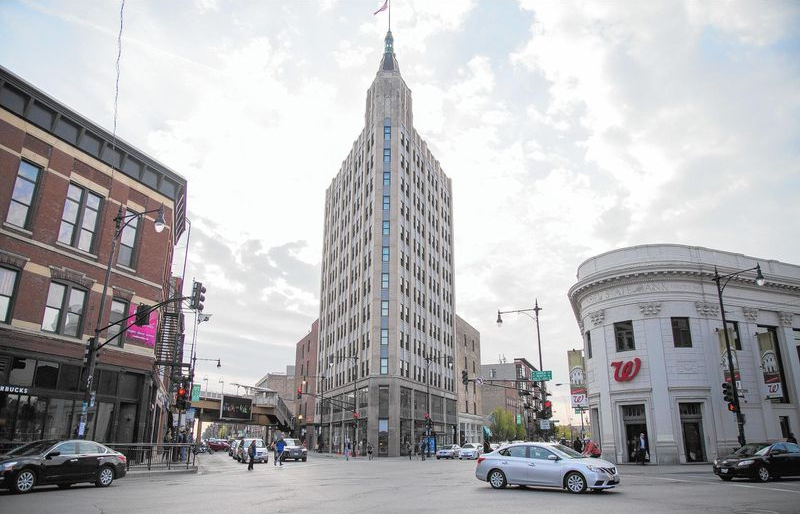 Furthermore, in city planning I found out that the grid is divided even further depending on the type of industry is prominent in the area. For example, the loop and main downtown area of Chicago has a high concentration of skyscrapers, subway entrances and above ground trains due to the prominence of schools, tourist attractions and most importantly businesses where high numbers of people need to commute to and from. However, as one moves out to the west loop area, there are less taller buildings and more warehouse and industrial buildings due to the prominence of culinary and brewery businesses out there such as Au Cheval and Goose Island respectively. In the south side of Chicago, due to its history of being the former area in which livestock were slaughtered in that area, there are more residential homes and buildings that would facilitate the butchering. The main takeaway from the zones, for lack of better term, is that depending on what area one is in they will see a different type of commonality of the buildings in the area. If we were to adapt this into the game, it would give a sense of scale, progression and diversity because the player moving from area to area adds a sort of untold narrative element as well. For example, seeing bigger, modern houses progress to smaller, classic houses can signal gentrification or that they are leaving the residential area of a more affluent area to a more middle/lower class area.

In researching urban blight, the abandonment of buildings and areas due to plague, war, oppression, economic situations allow for a tone of despair and hopelessness. In a city setting where crowds of people populating the streets are commonplace, an abandoned street feels lonelier and more somber as a result. Due to the lack of upkeep, the paint, ads and signs start to rust and fade giving the cityscape a more muted look. If we were to contrast the muted colors with more saturated colors in specific areas, NPCs, or items of interest, it would guide the player without having to make a waypoint element. However, with the context of the game, we have to draw a line on how much blight we have as there is a difference between looking recently abandoned vs abandoned for a long time. We also have to take into consideration that the cause of the blight is unique and that could lead to unique, new blight textures and characteristics. 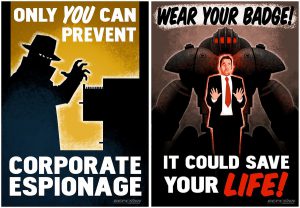 To summarize, the way we model buildings and place them can lead to a diverse, memorable map that the player will want to explore. It can also tell a story within itself akin to how Bioshock’s Rapture is, in a way, its own character and the little accoutrement such as protest signs, litter, propaganda, leaky tunnels and blood stains tell a story of horrible events that have transpired. Advertisements also tell a bigger story about society, the size of them tell the player how much money that specific company has and the content on the board tells what material goods are important to the society and what problems plague it. For example, in Fallout New Vegas, the player will consistently see signs and posters about prevention and reporting corporate espionage in contrast to product.  This tells them that the industries and companies in the area were suffering from leaks and spies and that lead to a hostile, anxiety ridden corporate environment that is emphasized in audio and computer logs throughout the wasteland. Anyways, creating taller buildings with unique shapes and/or colors creates focal points that the player can gravitate towards as well as use as reference points. Composition of the buildings and  set up could make for a memorable map for the players which is good to have in a market full of open-world maps.