The goal of ambient AI is to create a believable environment for the game. The characters do not have to have complex interactions with Rose. As shown below the character can behave differently when Rose is nearby. Unlike quest character, the ambient  AIs have pre-programmed behavior that will always be played out in the same way. The idea is to make them look natural enough so the player will not spend too much time observing the character.

The method is to combine the behavior tree blueprint and sequencer that plays a location-specific animation sequence. In the current unreal engine (March 2020), the sequencer needs to be placed in the level blueprint in order for it to play in the correct way when used with character blueprints. Navmesh and nav link also need to be implanted in the map to make this work. 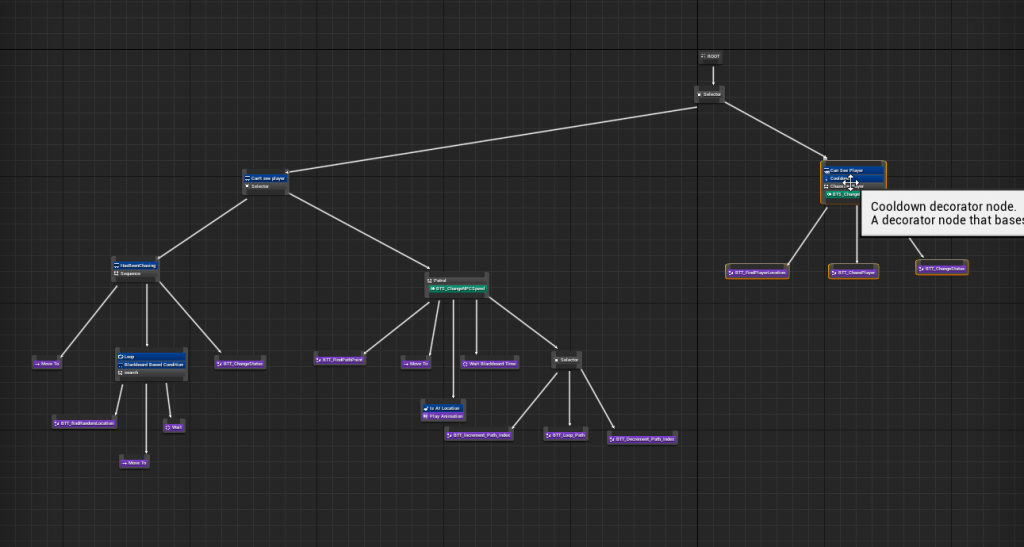 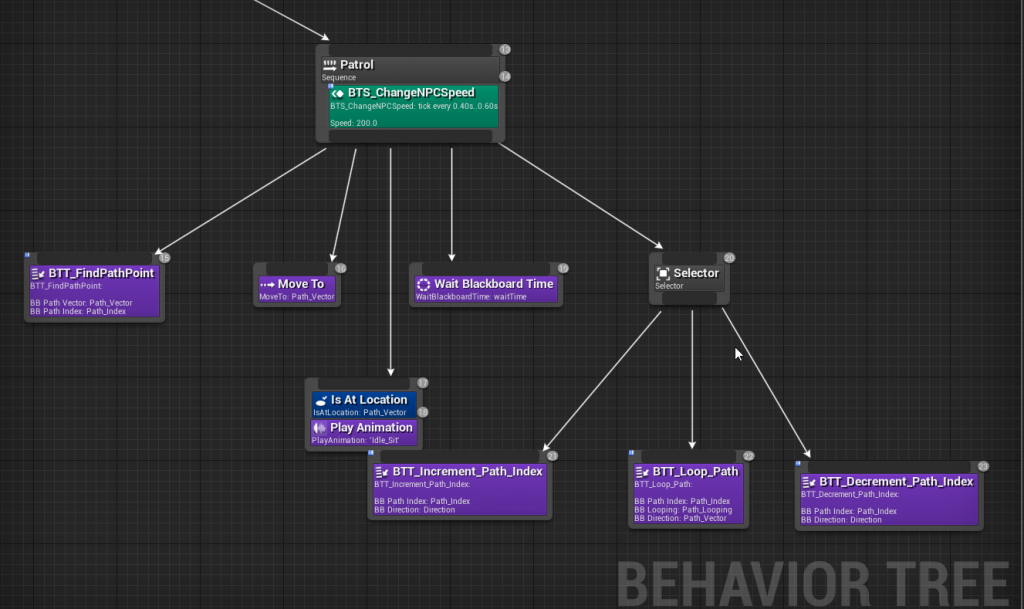