This quarter was vastly different from the previous quarter, and I felt like I knew what I was doing better than last quarter. This quarter, I mostly stuck to art and design, having called my 3D modeling ability “almost passable” at the start of the quarter. My first project was to texture a handful of wood and metal assets, including vents, pallets, a bucket, and a plank. The process required using the procedural textures in Substance Painter to apply rust and scratches to a base metal texture, and after several revisions we had assets that the team was happy. 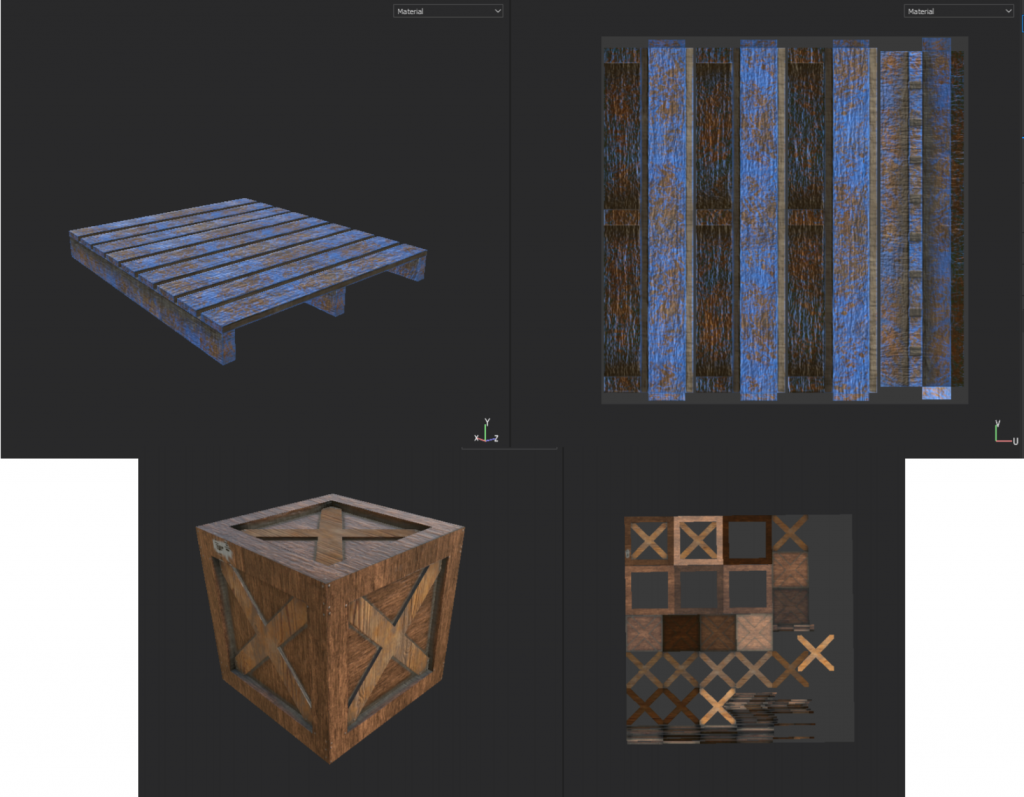 My second project for the studio was to build two models for assets: a cement bag and a stack of rebar. I was working in Blender 2.8 with a target polygon count of between 1,000 and 3,000. The cement bag was a small, rather organic model and the rebar was a number of octagons grouped together with bands sculpted around them. I did not have to texture these models and each model went through about two or three revisions. 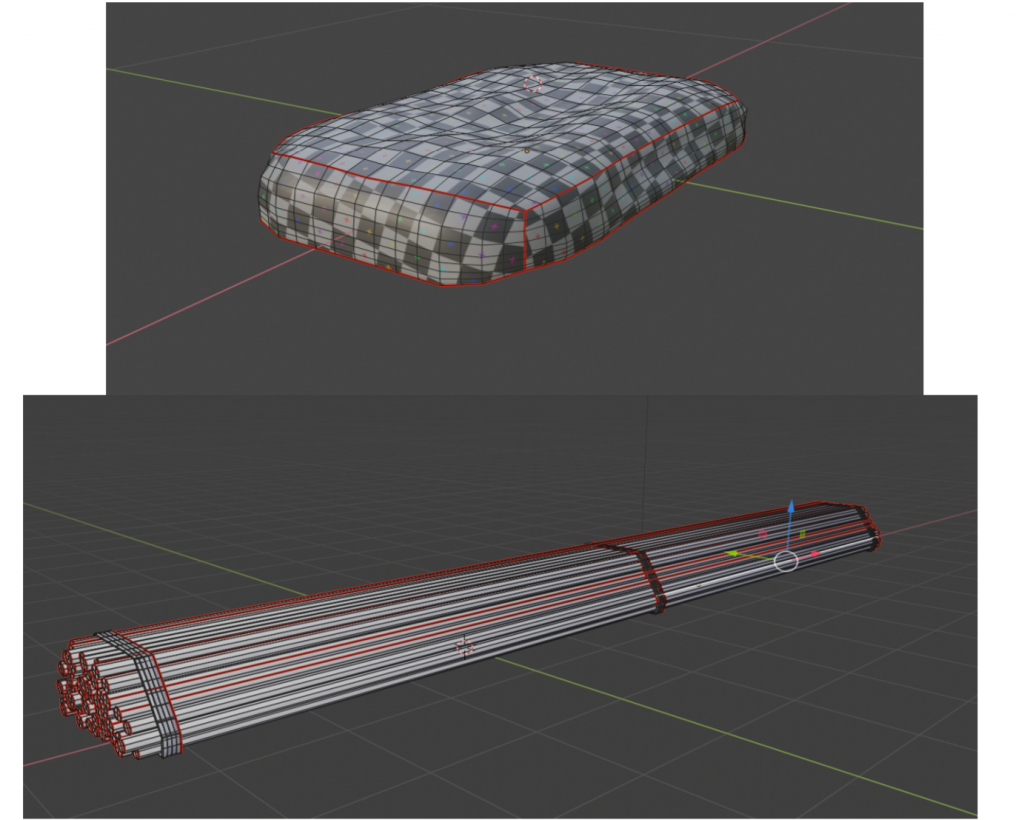 For the last four weeks of the project, I was tasked with working on the City Level. This was (at the time) the final level in the game, and required testing the player’s ability to scale the environment. The two areas I worked on in the city level were the loading bay on the Hotel (ignoring that the loading bay was halfway down the hotel lengthwise and pressed nearly entirely through the building, players probably wouldn’t realize that was the case as they can’t see the other sides of the hotel) and the Third Floor of the parking garage with Spiro. The loading bay area was relatively simple, requiring fleshing out an empty negative brush with a truck stuck in it. The finished area had a walkway with another door, several handrails, and some working areas around the truck. The parking garage level was  sandwiched between tents people lived in and their vehicles, so we figured that making the garage a shopping/donation area would be the best idea. I built stalls and tables out of various assets (including some of the pallets I textured and assets I modeled) and decorated the inside and outside of the garage to make the area feel more lived in. By the end of this, it was definitely satisfying to build a space from nothing, and feel much more confident with the Unreal Engine than I did even just last quarter.