Tyler Houston shares his experience as a level designer for The Shadow that Pervades during DePaul’s Spring 2020 quarter.

Hello everyone, and thanks for reading my level design documentation for The Shadow that Pervades!

Well, it’s that time again! The end of the quarter is upon us, and for many of us in DePaul Originals Game Studio, the end of our college career! With this being my last quarter at Depaul and this class, I started thinking a lot about how the level that I worked on, the Neighborhood level, was going to look like at the end of these past ten weeks. Something that I had noticed from the start of the project was the severe lack of gameplay designers or focus on gameplay in general. So, with that I decided to put an increased focus on how my level felt once I hit the “play” button.

A large majority of those brought onto our team last quarter were game artists. This paired with the goals of our studio’s leadership saw a heavy focus placed on the look of the game, and getting each level to polish as fast as possible. This put significant limits on how I could expand the level design-wise, and how I could experiment with the gameplay. Seeing this, I decided to focus my efforts more on the pacing of my level and the interactions that Rose would encounter. I began thinking about the moment-to-moment gameplay in my level and I decided it needed the following components:

This article will focus on these four aspects of my level, and how I worked to implement each component over the past ten weeks. 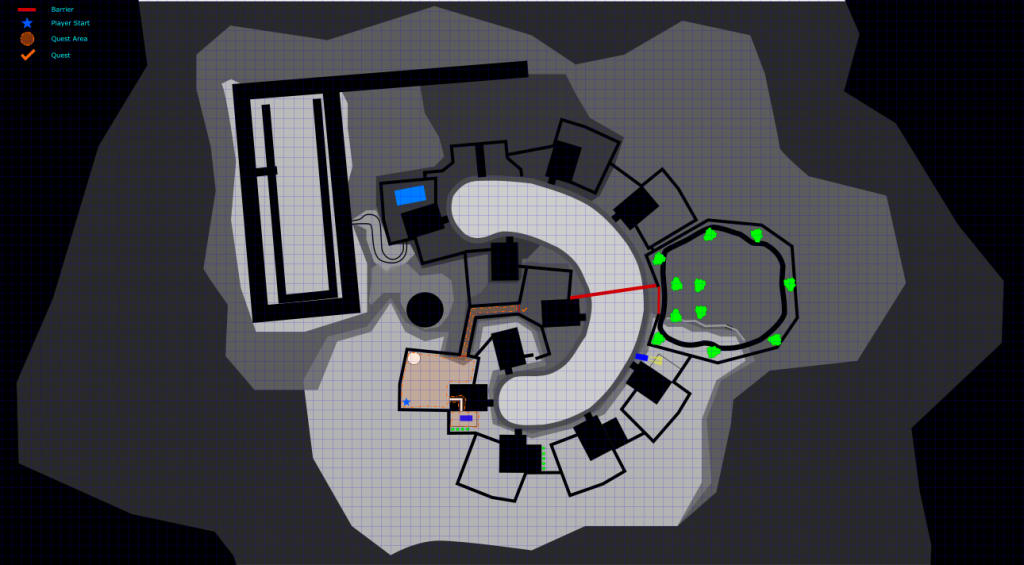 One of the primary components I noticed was missing at the end of last quarter was any semblance of a story or narrative. Why is Rose alone? What is the overarching goal of this level? Where is everyone? Is there an antagonist, and if so, how do I represent it? Looking at why Rose is alone, I could not quite answer that question in this quarter as the narrative is still being developed; however, I could tackle the antagonist in the game, the Shadow that Pervades. I thought of many ways I could represent him, but I settled on large thorns blocking key areas of the map. Narratively, the Shadow has a looming presence over the world and is directly illustrated through these shadowy vines. The vines go away once the player has brought “peace” to the area by completing that area’s quest. 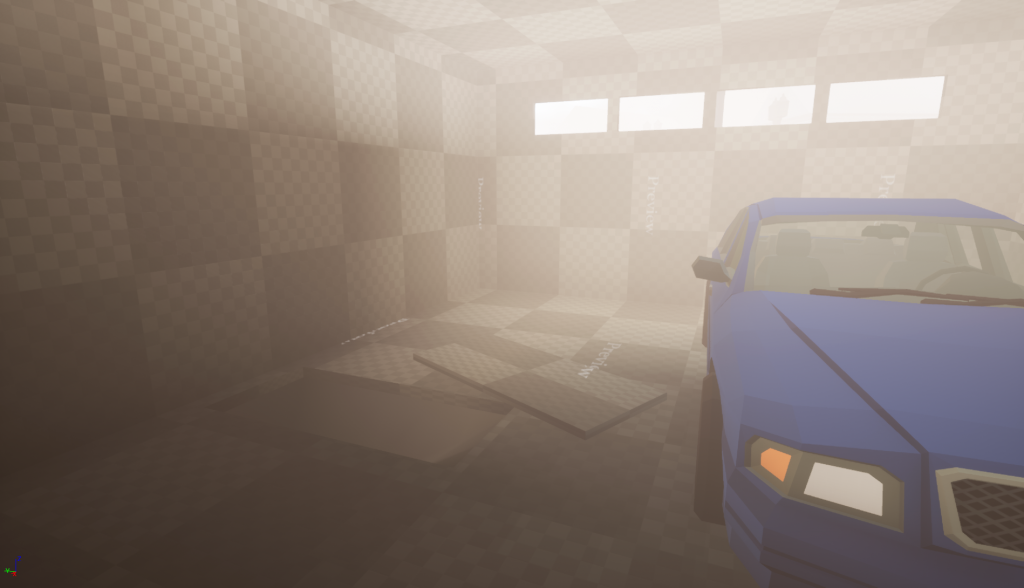 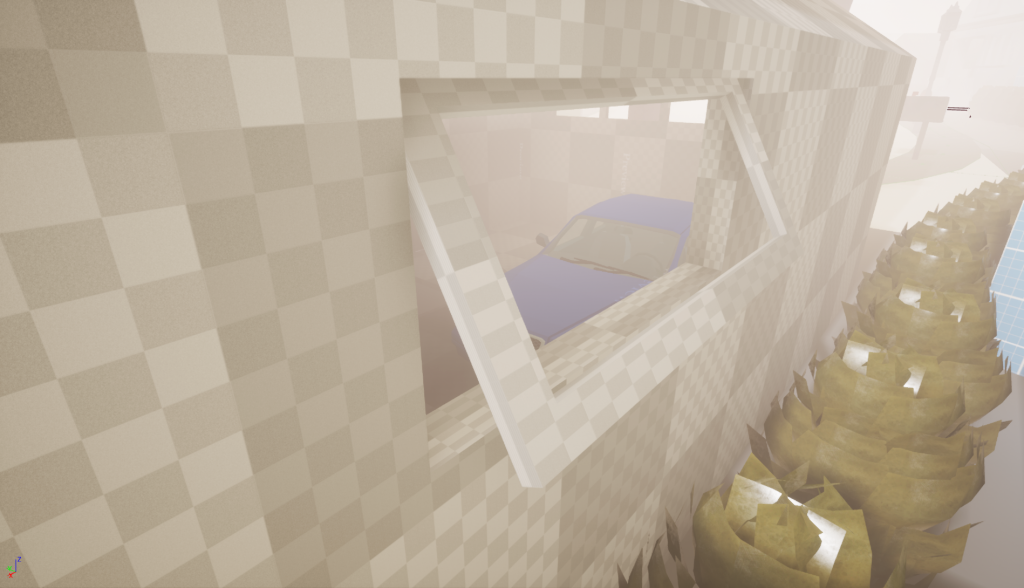 One thing I noticed while developing the level was a lack of cinematics. I would just hit “play” and be right into the game. So, I decided to learn the basics of sequencer and I made two separate cinematics: one for the introduction to the level, and one for when the level opens up after the first quest. For the first cinematic, I decided to focus on the water tower since that is the end-point of this level. This cinematic provides a nice introduction to the level and highlights certain objects that Rose can interact with.

One of the big things this level needed, and one I was very anxious to get to, was object interactions. I really enjoyed the process of creating these interactions, and it’s always fun getting to dive into blueprints. The main interactions I designed in this level were:

These interactions greatly enhance the gameplay of the Neighborhood level, and lets the player be a “bad dog” as Allen puts it. We had plans for more interactions, but sadly I could not get to all of them. 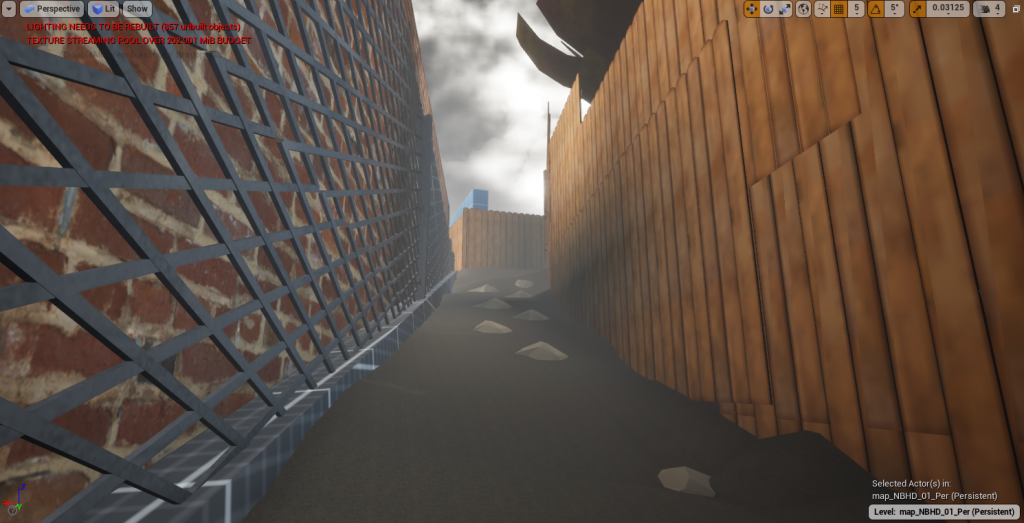 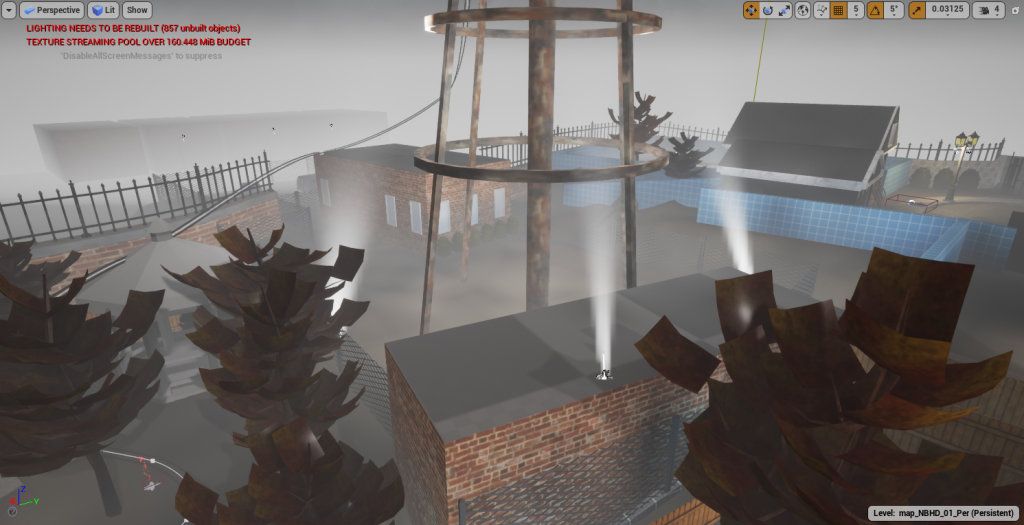 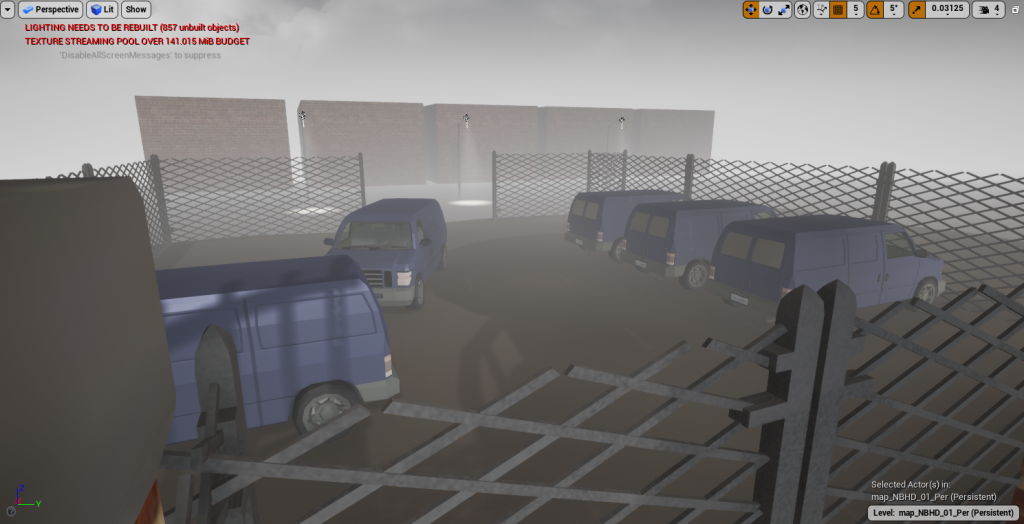 The gameplay of The Shadow That Pervades is still lacking; however, the inclusion of the vision modes gave me enough to go off of for this level. At the start of this quarter, the vision modes were in a working state, but not fully implemented in game. I made sure to push for this mechanic to work with our quests in the Neighborhood level.

At the start of the quarter, I worked closely with our Narrative Designer, Zach Poje, on getting a quest system up and running. By the end of the quarter, we did have a fully working quest system replete with a few bugs, but a fantastic inclusion nonetheless. I met with Will early in the quarter and explained how I wanted the quest system to work, specifically, from start to finish. Will then took that framework and created something truly awesome using a behavior tree.

I made a few stopgap measures throughout the quarter to test our gameplay while we waited for the official quest system to be implemented. By the end, we had a fully fleshed-out quest system working seamlessly with both vision modes!

This quarter was less focused on level design for me, since I was unable to experiment with BSP as much, so I decided to turn to crafting a gameplay experience. I believe our level has greatly benefited from these inclusions and has given a great base for future designers to learn from and build off of. I have learned a great deal this quarter, whether it was in Sequencer, Blueprints, or just thinking about level pacing and player interaction, and I will take this knowledge and continue to expand upon it in my portfolio and beyond!